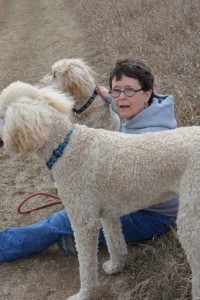 Ann Milliken Pederson is a Professor of Religion at Augustana College in Sioux Falls, South Dakota. She works and lives amidst the intersections between: the West and Midwest, religion and science, theology and medicine, music and theology, human and non-human. She is an ordained pastor in the Evangelical Lutheran Church in America and earned her M.Div. and Ph.D. from the Lutheran School of Theology at Chicago. She is the author of Where in the World is God? Variations on a Theme, God, Creation and All That Jazz, The Music of Creation (co-authored with Arthur Peacocke), The Geography of God’s Incarnation, and Our Bodies Are Selves (Co-authored with Philip Hefner and Susan Barreto, to be released in the fall of 2015). Pederson also has a joint appointment as an adjunct associate professor in the Section of Ethics and Humanities/Neurosciences at the Sanford School of Medicine at the University of South Dakota. 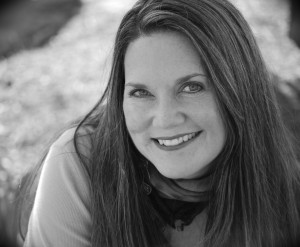 Melissa D. Johnston is an award-winning writer and artist fascinated with intersections of language, art, and body. She is especially interested in “voice” and narrative as tools for the healing and recovery of those who are or have been chronically ill. Currently Melissa is writing a book that explores how notions of punishment inherited from the Judeo-Christian tradition hinder healing for those suffering bipolar disorder—and how an alternative understanding of love and relation can be life-giving and freeing. She holds an M.T.S. from Candler School of Theology, Emory University and an M.A. in Religion from Emory University. 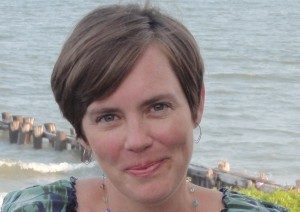 Krista E. Hughes is Director of the Muller Center and Associate Professor of Religion at Newberry College (Newberry, South Carolina). In her role as director, she provides resources and programming around issues of vocation, ethics, and civic engagement. As a teacher she invites her students into critical and imaginative theological reflection on religious pluralism, economic justice, gender and feminism, postmodern models of God, and the many other questions they bring into the classroom. Her current research considers the place of beauty in contemporary theology and proposes that beauty might serve as a fruitful ground for creative moral agency and communal justice. She holds a Ph.D. from Drew University, an M.Div. from Vanderbilt University Divinity School, and a B.A. from Wofford College. 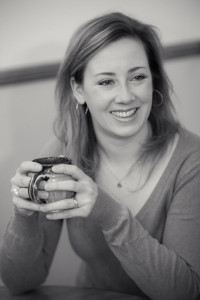 Dr. Carolyn Roncolato is a scholar, activist and teacher. She is a feminist process theologian who works on the intersections of race, class, and gender. In 2014, she graduated from Chicago Theological Seminary with her doctorate in Theology, Ethics, and Human Culture. She got her BA from Allegheny College in Pennsylvania and her MA from Chicago Theological Seminary. Prior to graduate school she worked in domestic and sexual violence response and prevention which continues to inform her theology. In her current project, she constructs a feminist theological method that is accountable to women in poverty. It arises from long-term work with women in Appalachia, Kentucky. Carolyn also works on labor justice with the local hotel workers union as well as writes about race, gender and reproduction. She lives in Chicago with her husband and baby boy who they adopted in February. She now spends most of her time as a mama scholar. 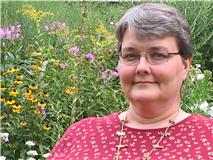 I’m an old-fashioned, unabashed church woman. You’ll find me teaching Sunday School to middle schoolers on Sunday mornings. On weekdays, you’ll find me teaching religion as an adjunct at Augsburg College in Minneapolis, a college of the Evangelical Lutheran Church in America with roots deep in the traditions of Norwegian immigrant pietism, and branches in urban leadership and interfaith activism. I have a Master of Divinity Degree from Luther Seminary in Saint Paul and studied ecological theology at Vanderbilt University and Whiteheadian process thought at Claremont Graduate University. I’ve worked for Congress, the State of Minnesota, and the City of Minneapolis. I live with my husband and a comical cat, Groucho, in a hundred and ten year old house with an unruly perennial garden. Occasionally, one of my two grown daughters is here for awhile too. Life is good. Life is hard. God is never absent, but sometimes I am. 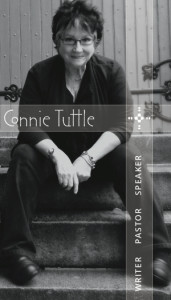 I am an army brat. It makes me a “third culture kid.” I grew up in a church without the boundaries of denomination.  I came away with an amazing sense of what connects us as Christians and no experience of church hierarchy or doctrine. I earned a B.A. in Religious Studies from Agnes Scott College and a M.Div. from Columbia Theological Seminary. After seminary I directed the Atlanta Hunger Walk and later worked as administrator for the Southern Prisoners’ Defense Committee, a non-profit, public interest law firm that did anti-death penalty work and prison reform. I am the founding pastor of Circle of Grace, an ecumenical, progressive, feminist church.  We held our first worship service December 1993.  The community ordained me to ministry, and we have been dancing and stumbling along ever since. And all of that is to say I have a lot of stories to tell. As a writer. As a speaker. As a preacher. 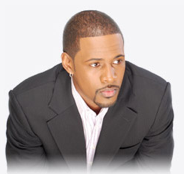 Minister BaSean Antwoin Jackson grew up in Austin and just outside of Dallas, and graduated from DeSoto High School in 1993. He earned his Bachelor of Arts Degree in Religion at Morehouse College, continued his theological education at the Morehouse School of Religion of the Interdenominational Theological Center where, he obtained a master of Divinity, and received a Master of Theology from Candler School of Theology at Emory University. He has devoted his life to the understanding, imitation, emulation, and proclamation of the life and ministry of Jesus Christ, and has preached around the country. He now serves as the Pastor and Organizer of the Fellowship of Love Church in Fayetteville, GA. 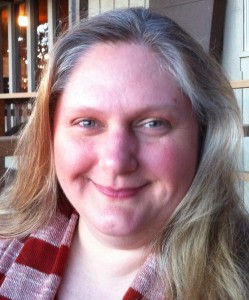 Katie M Ladd is a United Methodist pastor in Seattle, WA, where she founded ROOTS, a young adult shelter, social services, and advocacy organization. She currently serves Queen Anne UMC and is the Abbot and Director of The Well, a monastic community and gathering place for conversation and engagement. She holds degrees from Randolph-Macon Woman’s College and Vanderbilt University, and she is in the finishing stages of her doctoral degree from San Francisco Theological Seminary. She has created a video curriculum on Sabbath, leads retreats, teaches about spiritual identity, and is an active partner in interfaith engagement. Her current obsession is interrupting partisanship of all kinds in search of a deeper and more holistic generosity. 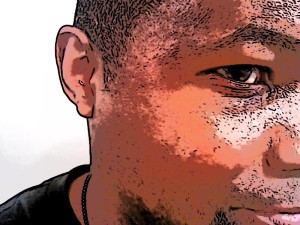 max johnson is a freelance adjunct professor of philosophy and religion at various colleges in Los Angeles and San Bernardino County, including Chaffey College, Rio Hondo, West L.A. College, and the Claremont School of Theology. He was born and raised in Southern California, which has been called “probably the most religiously diverse place on earth” (See Harvard University’s “Pluralism Project”). max’s primary areas of interest are in “intra/inter-faith dialogue,” the “science and religion” dialogue, and “constructive postmodern theology.” He also enjoys composing and playing music on his iPhone. A self-described “Christo-Buddhist Unitarian Universalist,” he is currently working on a book proposing “the first genuine Unitarian Universalist Theological Cosmology.” 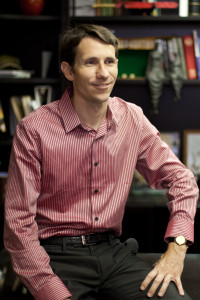 Dr. Darren Iammarino received his Ph.D. in philosophy of religion from Claremont Graduate University. He has taught graduate students in a small seminar setting at Claremont School of Theology, as well as large lecture hall classes at San Diego State University. His research agenda stretches across many disciplines, but mainly revolves around comparative religion, philosophy of religion, and process theology. In the fall of 2013 his most recent book, Religion and Reality: An Exploration of Contemporary Metaphysical Systems, Theologies, and Interreligious Dialogue was released. Other current research projects include a co-authored book on the ethics of hope; as well as journal articles on: the Nazca Lines, Process Theology, Plato’s Receptacle and the Storehouse Consciousness in Yogacara Buddhism, and the historical Muhammad. 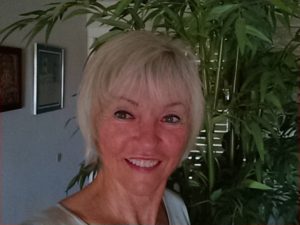 Arlette Poland, J.D., Ph.D, formerly a lawyer now a theologian/professor, was trained in Process thought by such luminaries as David Ray Griffin, John Cobb, Jr. and Marjorie Suchocki during her student years at both Claremont School of Theology and then Claremont Graduate University (class of 2009). Dr. Poland has taken up the call of David Ray Griffin, who encouraged his students to make this a “Process Century” so named after the thinking and teaching of Alfred North Whitehead. Dr. Poland, a graduate of U.C. Berkeley and San Francisco Law School, had spent years as a practicing lawyer, actress and yoga teacher. Currently living in Palm Desert, she ended her law career on a high note as The Lemon Law Lawyer of the Desert. Dr. Poland is an adjunct professor at four nearby universities while also attending Claremont Lincoln University for a Masters in Ethical Leadership. 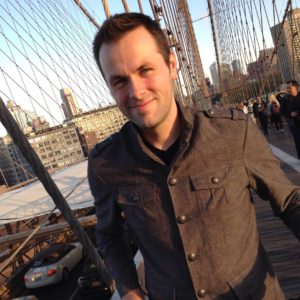 Austin Roberts is a PhD student at Drew University in the Graduate Division of Religion. He holds an MA in theology and philosophy of religion from Claremont School of Theology and a BA in religious studies from Humboldt State University. He is particularly interested in the intersection between process thought and continental philosophy of religion, which flows into his interests in ecological theology and theopoetics. After spending many years as an active musician, he also continues to be interested in the arts, particularly film and music. This has led to his work as an editor and contributor for Imaginatio et Ratio: A Journal of Theology and the Arts. 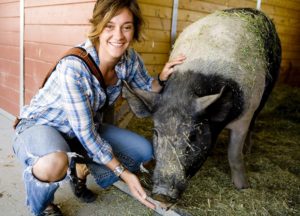 I am always scratching around the edges for imaginative visions and practices that widen the boundaries of who is in and who is out of our communities of concern. The goal of this work is to undermine systematic violence toward excluded populations and to re/construct unruly eco-political communities of decentralized, mutual exchange. In this work I am motivated by, among many things, the intersection of Indian and western metaphysics—especially Jainism and A. N. Whitehead’s process-relational thought—alongside critical animal studies, Indian philosophies and Sanskrit literature, continental thought, religion and science, and ideas of wild relations, expansive thriving, and many-sidedness.