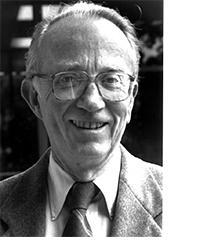 If you find these articles helpful, please consider contributing to Process & Faith by making a donation.

What is the most important issue now being decided? – March 2015

Does It Make Sense to Identify with Charlie? – February 2015

Why is process philosophy on the margins? – December 2014

Indwelling Spirit/Christ in process theology – May 2014

A Process Perspective on Dealing with Anger – February 2014

The Negative Impact of the Trans-Atlantic Partnership – January 2014

Relativity of Truth or the Truth of Relativity? – November 2012

Is There One Normative Process Theology? – October 2012

How do Schleiermacher and Process relate? – May 2012

Is Process Theology too Western? – April 2012

How can grace operate in a religiously pluralist world? – October 2011

Theologies and the Persistence of Racism – May 2011

Is it possible to be a Wesleyan and a Process thinker? – April 2011

Is the Universe a Giant Information Process? – March 2011

Does God Have the Power to Protect Us? – December 2010

Should We Try To Get The Economy Back on Track? – April 2009

Jews Have a Divine Right to the Land of Israel? – February 2009

Can We Be Confident of Progress? – January 2009

Aesthetic as a Process Value – October 2007

Assurance and the Experience of God – September 2007

Hartshorne and the Chicago School – June 2007

Is There a Process Eschatology? – December 2004