Unless otherwise noted, biblical quotations are my own translations.

During the current coronavirus pandemic, we yearn for assurance that this too will end, that all will be well. That assurance can come for empirical evidence the observing strict physical and social distancing and being “Safer at Home” are effective ways to protect against spreading this deadly virus. We can also find assurance in the history of recovery and new beginnings following deadly virus pandemics: in recent times, the outbreak of the Sars and Ebola viruses, and in the 14th century the Plague. While we might find comfort in the assurance that we too will overcome our pandemic, it is sobering to face the reality that those viruses did not disappear. Those pandemics required lifestyle changes and continued vigilance. Lectionary texts during this Easter Season offer a deeper source of assurance.

For the psalmist, hope rests on the belief that God rules over all peoples, all nations, and all the earth (Psalm 47). The author of Acts expresses hope that Jesus’ followers would be Jesus’ witnesses “in Jerusalem, all Judea and Samaria, and all the earth” (1.8). In time, “royal power [the kingdom]” would return to Israel” (1.6), Israel’s two kingdoms, Judea and Samaria, would be reunited, and Jesus would exercise lordship over all nations on earth.

Both the psalmist and the author of Ephesians praise God’s immense power. For the psalmist, God exercised God’s “awesome” power as the “great ruler over all the earth” (47.2) and “subduing” them under Israel’s “feet” (47.3). The psalmist imagines peoples and nations would praise the very God who “subdued” them under Israel’s “feet”! That is an unrealistic hope. In any case, it has not yet come to pass. Ancient Israel was crushed by one empire after another, and after the Romans put down the Judean revolt, what was left of ancient Israel came to an end in 70 ce. No other nation came to praise Israel’s God until Christianity spread into the Byzantine Empire, but then it was Jesus who was declared Lord over everything (the “Pantocrator”). To the extent that modern Israelis believe their God has “subdued” their enemies, with a largely U.S.-funded military, “subdued” people, the Palestinians, have not come to praise Israel’s God. It is difficult to envision hope for an end to hostilities among nations and a reconciliation between subdued people and those who subdue them. It is difficult to envision hope for an end to people subduing others. But we must hope, nevertheless. For Easter is the “Nevertheless!” that grounds Christian hope.

From a Christian perspective, phrases in Psalm 47 like “God has gone up” (a reference to the Ark at the head of a procession going up to the Temple mount) and God is “highly exalted [taken up]” anticipate Jesus’ ascension as Lord (see Acts 1.2, 9, 11). For the Ephesians author, God exercised a power “unsurpassable” and “powerfully strong” (1.19) in Christ “when God raised him from the dead and sat him at God’s right hand” (1.20). God’s act put Christ “far above” all powers and every name, now and forever (1.21), and put everything under Christ’s “feet” (1.22a).

Adjectives like “unsurpassable” and “powerfully strong,” unlike the traditional adjective, “omnipotent,” leave room for others to exercise power. No greater power is conceivable than God’s power, but God’s elevation of Jesus above all powers becomes a reality in peoples’ lives when they exercise the power to witness to Jesus and to accept him as the central influence in their lives. Like God’s love, God’s power is greater than all others; but, also like God’s love, God exercises power in relationships with others who also exercise power. Our hope is that, whereas we often exercise too little power for justice and squander our power on lesser ends, God never ceases to aim for whatever is just, good, and loving!

Some ancient Greek manuscript versions of 24.51 end with “he withdrew from them” (NRSV). By omitting “and was carried up into heaven” (NRSV), the Gospel ends without Jesus’ ascension. The problem is that Acts 1.1-2 states that the “first book,” the Gospel, ended with Jesus’ ascension. In addition, the events of Luke 24 span one day, from Easter morning to Easter evening but, according to Acts 1.3, Jesus’ ascension took place 40 days after his resurrection (which is why in the Lectionary the day of the “Ascension of the Lord” falls on the 40th day after Easter Sunday). Evidently, redactors of the Gospel of Luke didn’t like the disagreement about the date of Jesus’ ascension or having two ascensions on different occasions. They sought to solve this problem by removing the reference to Jesus’ ascension from the Gospel.

Interpreters today could propose clever ways to resolve the differences between Luke 24.51 and Acts 1.1-3 without removing the former reference to Jesus’ ascension. For example, Jesus’ first ascension could mark an end to Jesus’ first brief resurrection appearance as a response to Jesus’ crucifixion (see Luke 24.13-27, 39-40, and 46). Jesus’ second ascension could be a link between Jesus’ resurrection and the pouring out of the Holy Spirit, launching the disciples’ proclamation of the gospel “from Jerusalem … to the ends of the earth,” as the means by which Israel’s “kingdom” (or “royal power”) would be restored (Acts 1.6 and 2.1-47). Jesus’ resurrection and ascension, his elevation to God’s “right hand,” and the pouring out of the Holy Spirit demonstrated God had made the crucified Jesus “both Lord and Messiah” (Acts 2.36).

Also, in Luke 24.52 some ancient Greek manuscripts omit “and they worshiped him” (NRSV; the RSV omits this phrase). Evidently some redactors of the Gospel who excised the reference to Jesus’ ascension in 24.51 thought it was not appropriate to worship Jesus prior to his ascension. To be consistent, they redacted 24.52. A similar view is implied in John 20.17, where the resurrected Jesus interrupts Mary’s gesture of worshipful reverence, because he had not yet “ascended” to God. However, no one seems to have objected to Matthew 28.17, which says that some of the disciples worshiped the resurrected Jesus in a Gospel that has no ascension story. Perhaps an objection is expressed when it says some disciples “hesitated” to worship him.

The purpose of the story of Jesus’ ascension in Luke 24.50-53 (and Acts 1.6-11) is to explain how he could send the same Spirit on his disciples that descended on him at his baptism (Luke 3.21-22) and filled him (Luke 4.1). Also, just like Elijah’s ascension story was about passing his “mantle” to Elisha, his successor (2 Kings 2.1-18), Jesus’ ascension story is about passing his mantle to his disciples as his human, earthly successors and naming their mission: namely, to proclaim “repentance and forgiveness of sins” to all peoples (“nations”). In the words of Rudolf Bultmann, Jesus arose into the gospel and, according to the book of Acts, into the emerging church.

Luke’s second volume, the book of Acts, tells the story of how Jesus arose into the disciples’ proclamation of the gospel from Jerusalem to “the ends of the earth.” That wasn’t without controversy! Although the first disciples were all Jews, the majority of Jews in Jerusalem, and all Judea and Samaria, didn’t buy their message. When some of the disciples reached out to gentiles, the leadership circle within the disciples objected and exiled those who opened their hearts, minds, and doors to gentiles. Ironically, the mission to Jews ran out of gas by the 5th century, but the mission to gentiles took off like wildfire until it reached every corner of the world.

What can we learn from that? The risen and ascended Jesus call us today to spread repentance and forgiveness to all peoples. How expansive is our “all”? What if “all” means “all without exception”? What would that mean for the mission of our church? In this post-9/11 world, Jesus calls us today to proclaim the gospel to all peoples, especially to those who have been called “enemies.”

In the present CORVID-19 pandemic, where is repentance needed? Where is forgiveness needed? Satellite photos of areas under strict stay-at-home orders showed nearly empty highways and clearer skies than before. On the other side of the pandemic, the tendency will be to underwrite recovery of transportation systems dependent on fossil fuels. Instead, let’s call for repentance! Let’s call for all-out reimagining of a world independent of fossil fuels.

This pandemic has also shined a bright spotlight on the legacy of systemic racism. The history of abuse of Black labor, housing discrimination, and unequal access to quality healthcare has led to Black people being disproportionately vulnerable to disease. As a result, in this country’s pandemic hot spots, where Black people make up 30% or less of the population, they make up 60-70% of those who have died from COVID-19. On the other side of this pandemic, we are called, not to “return to normal,” but to repent! Because Black peoples’ lives matter, let’s call for all-out reimagining economic justice and equal access to quality healthcare for all. With God’s help, let’s practice hope through acts of repentance and forgiveness during this pandemic and beyond.

The first disciples had a hard time understanding their experience of Jesus after he died. Why shouldn’t they? Jesus didn’t just die; he was executed with Temple authorities’ collaboration with the Roman governor, Pontius Pilate, who represented the imperial power of Rome. Naturally they were “terrified” and “frightened”! Their “doubts” also are not surprising. Imperial execution on a cross crushed their hope that Jesus “was the one to redeem Israel” (24.24). They might well have asked: Was he the “Messiah” or not? Besides, dead is dead! Who is this stranger? If it is Jesus, how can he be alive again? And, if he is alive again, is he a “ghost”? Recognition that the stranger was Jesus didn’t come until they shared a supper with him (24.30-35). That sounds like a story about disciples sharing the Lord’s Supper and suggests that “Easter faith” originated in the common meal shared in communities of Jesus’ followers. Jesus arose into the practice of remembering Jesus in the celebration of community meals!

How, when, where do you experience Jesus’ living presence? For most people who experience Jesus’ living presence, it is an experience filled with joy and gratitude. But for some it could also be filled with doubt, if they don’t believe someone who died a very long time ago can be experienced as a living person today. Some Christians experience the living presence of Jesus in the community of faith, for example, in the Lord’s Supper, or simply in community with other Christians. Others, including non-Christians, experience the presence of Jesus in the church’s mission of service to the poor, the incarcerated, immigrants, refugees, and asylum seekers. Whether you do it with words or deeds or both, proclaim the presence of God’s love in Jesus Christ. 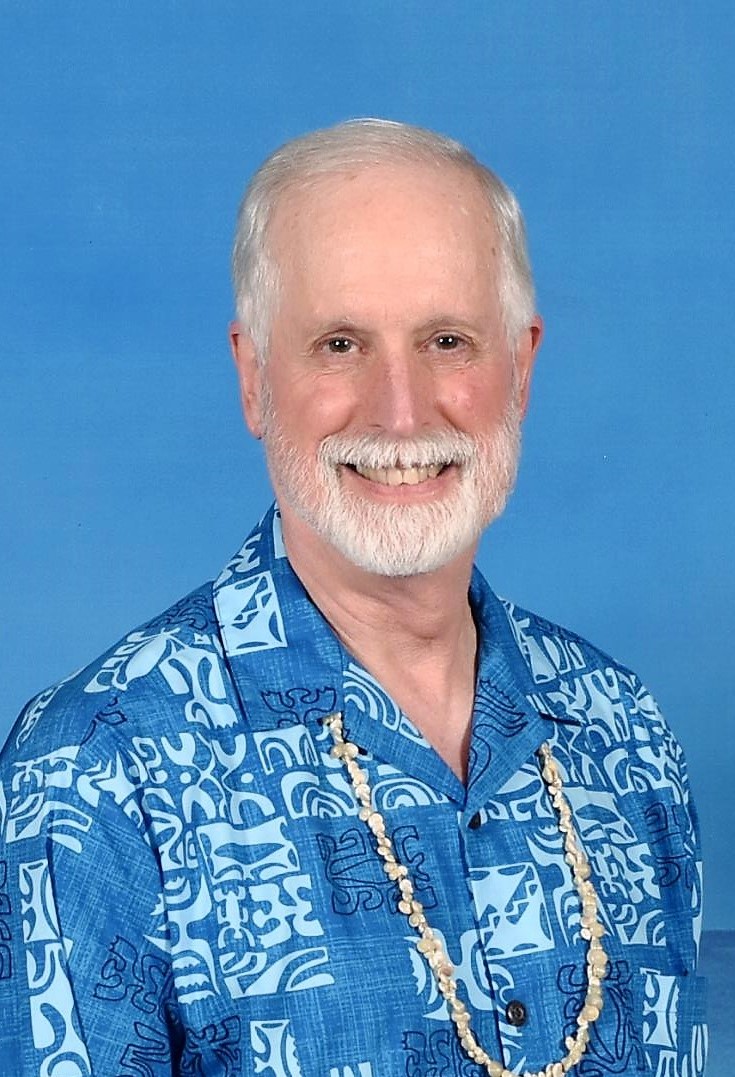 David J. Lull, an ordained elder in the United Methodist Church and Emeritus Professor of New Testament, Wartburg Theological Seminary, is a resident of Pilgrim Place in Claremont, CA. He also taught New Testament at Yale University Divinity School, was the Executive Director of the Society of Biblical Literature, and the director of the Bible Translation and Utilization unit of the National Council of Churches of Christ in the U.S.A. His publications include commentaries on Romans (with John B. Cobb, Jr.) and 1 Corinthians (with William A. Beardslee).