If there were ever a time for these verses to sink into us, it would be now, when as a nation we are so divided. The context is factionalism, with some scholars arguing that James is reflecting upon the normal conflicts that arise within a community, and others arguing that his letter address a wider socio-political context. In the first instance, one could get away with “spiritualizing” the text—using it to help us deal with conflicts within ourselves or within our own group.  In the second, we have a situation that more closely approximates our polarized times.

The difficulty, of course, is the impulse to assign blame. Which side demonstrates a “gentleness born of wisdom” (James 3:13), and which side is the one rife with “envy and selfish ambition” (3:16)? Perhaps one side wants genuine dialogue, but the other does not. Dialogue requires a willingness to limit one’s own speech, and to listen. Too often, both sides devolve into rhetorical rants.

But a closer reading makes a way through the thicket: although the condemnatory language is strong, what James wants us to focus on is how we respond to polarizing situations or the demands of tumultuous times. What does wisdom—wisdom that comes from “above,” that is, from God—encourage us to do? Once again, as with the reading for Proper 17, James’ image reflects the three-tiered universe of antiquity, so that God’s wisdom is visualized as coming from “above,” and once again the process preacher understands this as God’s persuasive presence in every moment, aimed at the well-being of creation.

The wisdom “from above” is “first pure, then peaceable, gentle, willing to yield, full of mercy and good fruits, without a trace of partiality or hypocrisy” (3:17).

[Quick aside: Because of the patriarchal implications, one cannot recite the words “willing to yield” without intervention. To yield has a sense of giving up control of or responsibility for something, often because one is forced or enculturated to do so. But if one yields in the sense that James is suggesting, then there is no loss of control or agency. One is not “forced” into something that is actually, and for strategic reasons, purposefully chosen. To yield strategically then invokes the meaning of the noun form: yield as the production of something positive or beneficial.]

In process-relational terms, every moment of our lives we are confronted with our own past, our historical era, and a novel suggestion from God. All of these offer us a possible way forward. We can repeat the past, succumb to our era’s dominant ethos, or act on a creative suggestion from God. To trust that God is always present is to open ourselves to that presence and to invite God’s wisdom. Or as James puts it in 4:7: “Draw near to God, and God will draw hear to you.”

In James’ worldview, this is the choice between “earthly” wisdom and wisdom from “above.” Each kind of “wisdom” produces its own fruits, or consequences. Each kind also produces its own list of descriptive adjectives, but James lays his heaviest emphasis on peace and peacemaking. This is offset by words like “war,” “murder,” “disputes,” and “conflicts” (3:17, 18; 4:1,2). In verse 3:14, “bitter envy and selfish ambition” are also translated as “harsh zeal” and “fanatical devotion to a cause,” which suggests a conflict bitter enough to provoke violence, or at the least to raise violence as a possible form of resistance.

There are some commentators who suggest that the word often translated as “rivalry” or “strife” is better understood as “the service of a party, party spirit, feud faction.”1 The “disorder” that results is a political term used since Alexander’s time to describe “a self-seeking pursuit of political office by unfair means,” leading to instability, even insurrection and anarchy.2 Thus one possible interpretation of this letter’s setting would be that the community is under threat, and in response the people have split into two factions: those advocating for nonviolent resistance and those advocating for violent, destabilizing action.

In this, James’ advice is unequivocal: he echoes the Sermon on the Mount, lifting up “those who make peace” (3:18; compare with Matthew 5:9).3

In our present circumstances, many of us see our democracy in crisis; even a political office achieved by “unfair means.” What is the appropriate form of resistance? James actually has two pieces of advice for us: the obvious appeal to nonviolence, but also something more subtle, discernible in the phrase “without a trace of partiality.” By that I take it he means for us to respect one another. If I treat both friend and foe impartially, that means I make no distinction between them as God’s beloved. I don’t have to like, or agree with someone to treat them with respect.

If there is an overarching theme in James, it is not the things we usually think of—his railing against hypocrisy, the verse about faith without works that so irritated Martin Luther. The overarching theme would be his plea for us not to be “double-minded” (4:8); literally, of two souls, one following the wisdom of the world and the other following the wisdom of God. Live with purity of heart, which is to say, live with integrity. Manifest God’s wisdom: seek peace; respect others. In that sense, these texts are the heart of the letter.

In last week’s text, Jesus instructed the disciples in his ministry of reversal. This week, it is clear that they haven’t yet caught on. “What were you arguing about on the way?” (literally, on the path of discipleship), Jesus asks the disciples when they come to Capernaum. And, of course, they were talking about which one of them was the greatest. In other words, they were “on the way,” but headed in the wrong direction!

Jesus again teaches reversal, saying, “Whoever wants to be first must be last of all and servant of all” (Mark 9:36), but then he offers a child as an example. “Whoever welcomes one such child,” be begins, and in so doing signifies the importance not just of the child but of the relationship of others to the child. That is, whatever he may be implying about the value of the child, his teaching is relational—in this case, about social relationships, and thus the structure of society.

As Ched Myers writes, the way of the cross is not just resistance to political oppression; it also requires new forms of social organization. In the role reversal of the kingdom, “the practice of domination” has “infected human relationship” and “must be eradicated from the roots.”4

By reaching for a child, “one who was at the bottom of the social and economic scale in terms of status and rights,”5 Jesus is basically saying, You want to be the greatest? In the upended social world of the kingdom, here is the greatest—a child, one who in Caesar’s realm is counted as the least.

In its own way, this text, too, teaches nonviolence, because it upends the social and familial violence of domination systems. To follow me, Jesus teaches, you will need to change not only the politics of the world, but your relational understanding of community life.

I’ve relied on Myers in writing this commentary, so I will lean on him again in my conclusion. To make his point, Myers quotes Gandhi:

“If one does not practice nonviolence in one’s personal relations with others, and hopes to use it in bigger affairs, one is vastly mistaken.”6 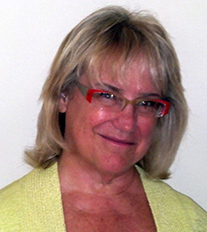