The Fifth Sunday after the Epiphany, 10 February 2019

Isaiah 6:1-8 (9-13)
In this passage we have the famous prophetic call experience of Isaiah wherein he beheld the presence of God in the divine realm, while Isaiah himself was in the Temple in Jerusalem. He saw Yahweh exalted in the heavenly temple well above him, which was parallel to the earthly temple in Jerusalem. The text says that the hem of the Lord’s robe filled the temple, which suggests the robe itself was much larger and the throne was well up into the heavens. Yahweh was enthroned in radiant glory, and his robe probably alluded to the Milky Way (which they could see at night, unlike us). The flying seraphim around Yahweh were most likely winged fiery, flying snakes. (Cherubim were winged bulls, and no wonder such messengers of God might have to say “fear not” when they appeared to people.) The seraphim had six wings; with two they covered their faces to protect themselves from the radiant glory of Yahweh, with two they covered their feet (probably a euphemism for genitals—they were modest), and with two they flew. When one of the seraphim later flew with a pair of tongs, I wonder which wings he used to carry the tongs if he was still flying?

A seraphim sang, “Holy, holy, holy is the Lord of hosts; the whole earth is full of his glory.” In Hebrew the word “holy” is associated with purity and especially with fire, which makes us presume that the fiery radiance of Yahweh, though not mentioned, is assumed in the narrative. The temple shook at the sound of his/her or their singing, which means the seraphim either sang loudly or there were a lot of them singing. Eat your hearts out church choirs everywhere, if you have not vibrated the walls of your congregational meeting place!

When Isaiah says that he is an impure man living among impure people, he hints again at the theme of holiness or fire, which purifies. Thus, he is frightened by the presence of this intense purity, and feels that he is unworthy to speak on the Lord’s behalf. I don’t believe that any of us have ever been terrified by the intense purity found in our churches. Nor have we clergy felt that we should not speak in the presence of holiness; clergy are never quiet. We must respect their piety as being greatly different from our own.

His reservation about his own impurity is really the “prophetic denial” spoken about in regard to the prophetic call narrative of Jeremiah mentioned in connection with the Old Testament text of Epiphany 4. God gives him the prophetic sign of a hot coal placed on his mouth and lips by the seraph in order to prepare him for speaking the prophetic word. Jeremiah had it so much easier with simply the finger of God in his mouth.

This narrative may have implied that Isaiah saw the face of God. Perhaps later editors of the prophetic scrolls removed those verses in a later age when it was inappropriate to describe any facial appearance of God, lest it be converted into an idol.

This text speaks of the presence of God in the life of Isaiah the prophet. The process theologian loves imagery like this, which portrays God as so intimately involved in the human realm, especially the interaction between God and the prophet. God does not appear in such grand fashion to us or in our church services. People would run out of the building really fast if they saw such a vision. But we still believe in the presence of God. We still speak of God involved in the process of our lives, both individually and corporately. This passage describes a cosmic deity, who nonetheless interacts personally with the prophet. We likewise speak of a cosmic deity who has been present for us, both in the person of Jesus and in our lives today.

Psalm 138
As this psalm appears toward the end of the Psalter, we suspect that it is a younger psalm. Yet it has an archaic reference to the psalmist singing the praise of God before the other “gods.” Some commentators would like to say that this term refers to angels. But probably not, since another word would have been used for angels. Monotheism arises very late among the Jews on the level of the common folk. So this hymn may reflect how many Jews thought religiously until very late in their history. They viewed Yahweh as their God and the greatest God in the heavens, but he was not the only God. Eventually the other deities would be gradually debunked until they were viewed simply as angels. (I suppose Ishtar, great goddess of the Babylonians, is still complaining about how she had to turn in her “god card” for a harp, a robe, and some sheet music.)

The hymn is about praising God who is great. Toward this end of the psalm it speaks of how God will protect the believer against trouble and the wrath of enemies. Who those enemies refer to has perplexed Old Testament scholars for the past century. Are they national enemies, evil people, magicians casting a curse on the believer, or just my friends, family, and neighbors who might have turned against me. But more importantly, the presence of God in this life is stressed, and God is there to offer protection to believers.

1 Corinthians 15:1-11
This is the great chapter in Paul’s writings which speaks about the resurrection of the body. These first few verses describe the earliest eyewitnesses to the resurrection of Jesus. Paul says that after his resurrection Jesus appeared to Cephas (Peter), then to the twelve, then to five hundred Christians, then to James, then to all of the apostles, and finally to Paul himself.

This list drives New Testament scholars crazy. According to Matthew, Jesus appears first to the women returning from the tomb, in Luke the first to actually see him are the two disciples on the road to Emmaus, and in John it is Mary Magdalene who encounters him first. Thus, 1) there is the question who saw Jesus first. 2) Paul’s reference to five hundred Christians has no parallel in the gospels, unless it refers to the ascension account. But Paul has the appearance to James and the apostles after that, which then makes no sense. 3) None of the gospels mention an appearance to James, the physical brother of Jesus (either a full brother or a half brother). I think the later gospel writers simply didn’t like James, so they dropped his memory. 4) Is the appearance to all the apostles a reference to the ascension (as in Matthew) or to the group in the closed room (as in Luke or John)?

It is impossible to reconcile the accounts without making absurd arguments. I think the disagreements in the accounts reflect the actual memory of people who were there. If these accounts were invented, they would all be smooth and agree with each other. As it is, we seem to have the excited memories of people who were there and tried to recall the incredible things they had witnessed. They were simple Jewish peasants. The gospel writers tapped into those different memories that floated in the oral tradition for two generations before they were written down.

Paul then gives credit to God and the divine grace that enabled him to become one of the select group. God appeared very personally and directly to Paul in a deep mystical experience. This is testimony to a God who is deeply involved in the process of human life and makes himself/herself known to the believers.

Luke 5:1-11
This is the famous account of how James and John, the sons of Zebedee, and especially Peter, were called to be disciples after the surprising catch of fishes. I have always said that it’s a good thing these guys became disciples of Jesus, because they were lousy fishermen and would have starved had they stayed in that profession.

It is interesting to observe how this gospel text is paired with the call of Isaiah. For as Isaiah declares that he is unclean and cannot speak for the Lord, so also Peter says, “Get away from me, Lord, for I am a sinful man!” Both Isaiah and Peter were impressed by the holiness of the person before whom they stood. I wonder what Peter did in particular that led him to say that he was an especially sinful person. Knowing Peter from the other stories, it must have been something spectacular. At this point we are tempted to pair Peter and Paul, for both were tempestuous persons with perhaps a dark past when God called them to be emissaries of the divine word.

All three of our texts today flow with each other, for all speak of the great spokesperson for God who admitted that he had a problematic past or identity which should have prevented him from being a spokesperson. But God . . . .  God chose these three and overturned their reservations, and thus produced great spokespersons for the movement.

The story emphasizes the simple nature of Peter, James, and John. They had been simple fisherman. Jesus would call them to be the special three disciples. Jesus would build the movement particularly on the efforts of these three men, with Paul also. God can choose the simple people of this world to accomplish great things. God, who is deeply involved in our human process, can choose simple folks to build a movement that would last two thousand years. The implication is, of course, that God may use anyone to spread the news of the Kingdom. God might even be able to use us. 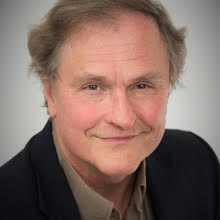